Almost half of new, young homeowners have down payments of less than 20%

While a smaller portion of the overall market, high-ratio loans are more prevalent for young people.

Almost half of new, young homeowners put down less than 20 per cent down on their homes, something that could make them vulnerable to economic shocks down the line.

That’s one of the main takeaways from the Bank of Canada’s semi-annual Financial System Review, published Tuesday, which lays out the central bank’s views on the biggest risks facing Canada’s economy.

One section of the report looks at the mortgage market, where the bank looked at people who got a mortgage between 2014 and 2016.

By law, anyone who puts down less than 20 per cent of the purchase price of a home faces much more stringent underwriting criteria, and must pay to have a loan insured. People who have down payments of more than that don’t face as much scrutiny, because they have a slightly bigger buffer to absorb higher rates down the line.

Overall, less than one third of all homeowners are so-called high-ratio borrowers — the banking terminology for people who own less than 20 per cent of the bank-appraised value of their home.

But the central bank says almost half (49 per cent) of homeowners 35 and under who bought a house during that two-year window were high-ratio borrowers.

“Households under the age of 35 represent close to half of the high-ratio borrowers, but less than one-quarter of low-ratio mortgages, because they are less likely to have sufficient savings for the minimum 20 per cent down payment,” the bank said.

Owing more on one’s home makes a household more vulnerable to all sorts of economic shocks, because the debt load stays the same, even if the value of the home decreases.

Mortgage rule changes in 2016 have taken aim at this segment of the market for exactly this reason. But new rules set to be implemented in early 2018 will also tighten conditions on the other side of the market, for people with large enough down payments that they don’t have to buy mortgage insurance.

While high-ratio borrowers tend to be disproportionately younger, overall, the bank notes, they are becoming a smaller and smaller portion of the market due in part to the rule changes.

While high-ratio mortgages are inherently riskier than those with larger down payments attached to them, overall the bank says it’s also noticing an increase in what it calls the “quality” of these loans — meaning the people who are getting them are better able to pay them off than they used to be.

By the bank’s estimates, about half of borrowers affected by last year’s stress test were able to reduce their debt-service ratio enough to qualify for high-ratio loans, mainly because they decided to buy less expensive houses in the first place.

Since the last Financial System Review, the proportion of highly indebted households — which the bank defines as those where the loan value is more than 450 per cent of the household’s income — fell from 19 per cent to seven per cent of the overall market.

“While household debt relative to income continues to rise, there have been notable shifts in mortgage activity over the past year, including an improvement in the quality of new high-ratio mortgages,” the bank said.

Counterintuitively, while the central bank is less worried about high-ratio loans, it is getting more worried about low-ratio ones.

“The proportion of low-ratio mortgage borrowers who are highly indebted has been trending up,” the bank said. That’s party because by law, any house costing over $1 million is ineligible for a high-ratio loan, which forces that person to get enough down payment cash to qualify for a low-ratio loan.

Toronto-Dominion Bank economist Brian DePratto likened the effect to a “balloon squeezing” where people forbidden from getting high-ratio loans rush to get their down payments high enough to qualify for a low-ratio loan.

And $500,000 down on a $2 million home may be a nice down payment, but ultimately the borrower still owes more money in real terms than someone who was forbidden from borrowing that much in the first place.

While concerning, the bank says new stress test rules targeting that section of the market and set to be implemented in January may help weed out worrisome debt, the same way a stress test in the insured portion did last year.

Those new rules “are expected to mitigate some of these risks over time,” the bank said.

DePratto summed up the bank’s view on mortgage debt loads succinctly: while they’re still growing, “the Bank of Canada sees things moving in the right direction.”

We're not around right now. But you can send us an email and we'll get back to you, asap. 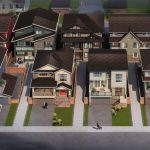 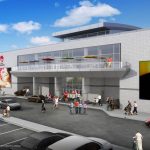